You want to film it in Spain. You need a location and production fixer, who will help with film permits, location finding, casting, film crew, and equipment rental. It’s really easy to shoot anywhere in Spain with us. You need people with experience, who speak the local language and can work in English. You need some great shoot locations. You need a quick response and a realistic budget. Film it in Spain is a film production service with over twenty years of experience.

Based near Marbella, Malaga on the Costa del Sol, Andalucia, we service the whole of Spain. We can source crew to speak English, French, German, and of course Spanish.

Whether your project is film, television, online media or photo stills, we can put everything in place so you can do what you do best. We work as freelancers with no overheads, there are no production mark-ups, or hidden commissions. Whether you need a fixer, or a full production service, costs are transparent, what you see is what you get, and that’s what you pay for. 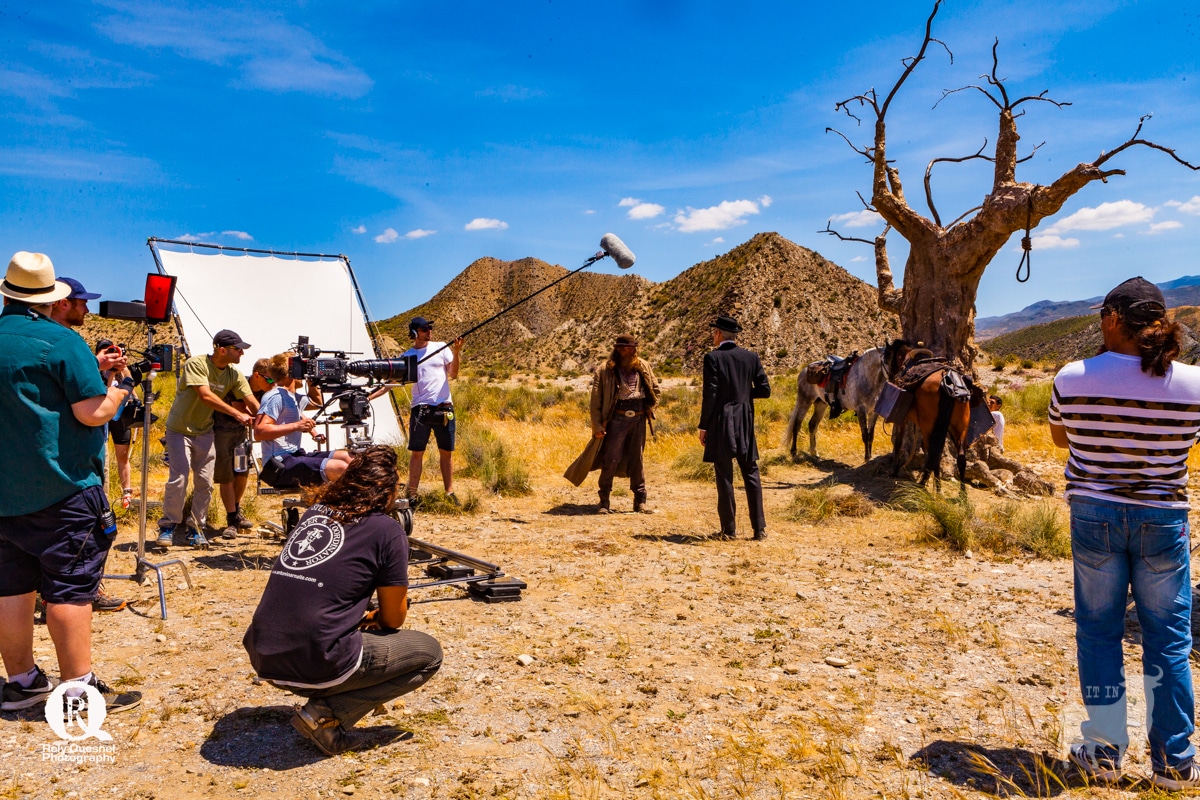 Film it in Spain is headed up by Roland Quesnel, a British media professional who has been resident in Spain since 1999.

Roland has extensive experience in the media production sector. He has worked variously as a line producer, production manager and assistant director for service companies covering TV commercials, corporate films and television. In 2007 he founded the current business to work independently as a fixer and producer, location scout and photographer. He can cover a wide variety of roles, and be flexible and responsive to the smallest of productions, yet still take on a full service role if necessary, thanks to a wealth of contacts with crew, suppliers and casting agencies.

Originally trained in the UK and France as a theatre performer and director, he brings a wealth of creative talent and perspective in addition to solid production experience. He works extensively as a videographer, editor and photographer in Malaga, Marbella and spain in general, producing media for online promotion for local businesses, as well as shooting B roll and other camera work for international clients as required. He speaks fluent Spanish and French.

The goal of Film it in Spain is to offer a central production contact with immense experience who can put together a bespoke team of crew and cast to suit the individual demands of any project. We don’t have offices and permanent staff, we are light and stripped down, so you don’t have to pay production mark-ups and hidden commissions. You can pay suppliers and crew directly, as you prefer, and our costs are totally transparent and tailored exactly to your brief.

Whatever it is you need to achieve your production, we will fix it for you. We will find locations, contributors and crew, and secure the permits you might need.

We have extensive and comprehensive knowledge of all regions and cities of Spain. We count on a network of scouts and have access to large databases of location images.

If you have a large production we can work for you as  traditional line producer, production manager, or coordinator for a daily rate.

We can research content and contributors for television documentaries, travel and tourism programmes and reality shows.

We can conduct interviews and perform on-set and on-camera translation services for documentaries and ENG.

We have considerable experience in shooting  B roll, behind the scenes, making-of and can assist in a range of practical camera and shooting scenarios

We can supply photography for scouting, online promotion, realty, events, in short, whatever you need.

We can offer a huge range of material to rent, from our own stock, or from nationally respected rental houses.

We can liaise directly with casting agencies across the country or offer street casting locally to a specific brief.

Locations to suit every need

Spain has an immense range of film location options to shoot. Its landscapes range from alpine, to sub-tropical. Its climate offers over 320 sunny days per year in some regions. From classic Spaghetti Western film sets, along amazing roads through breath-taking landscapes, to cities full of historic buildings and stunning modern architecture. Spain has it all.

While based in the province of Malaga, close to Marbella, we can service the whole country, including Seville, Madrid, Barcelona and the Canary Islands.

Visit our location galleries to get a flavour of the landscapes and the only deserts in continental Europe. Sample the roads through all kinds of environments. Check out a multitude of building styles and urban scenes. 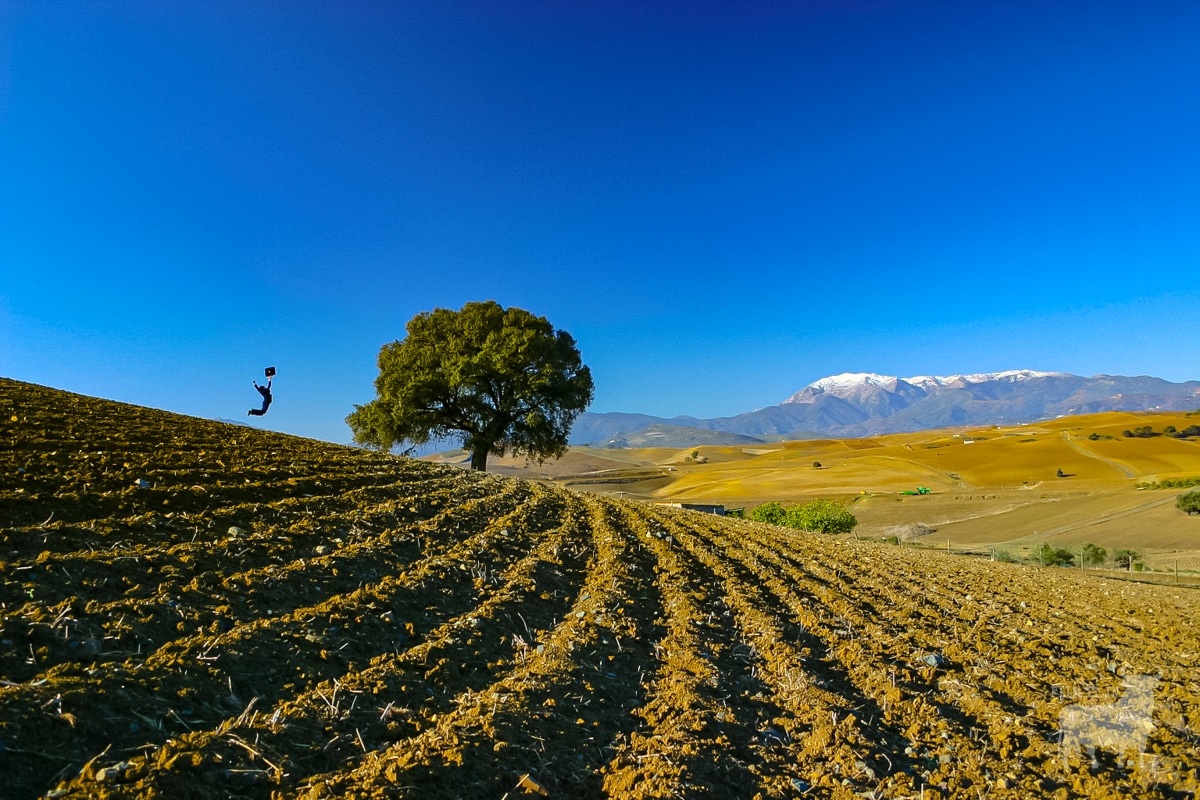 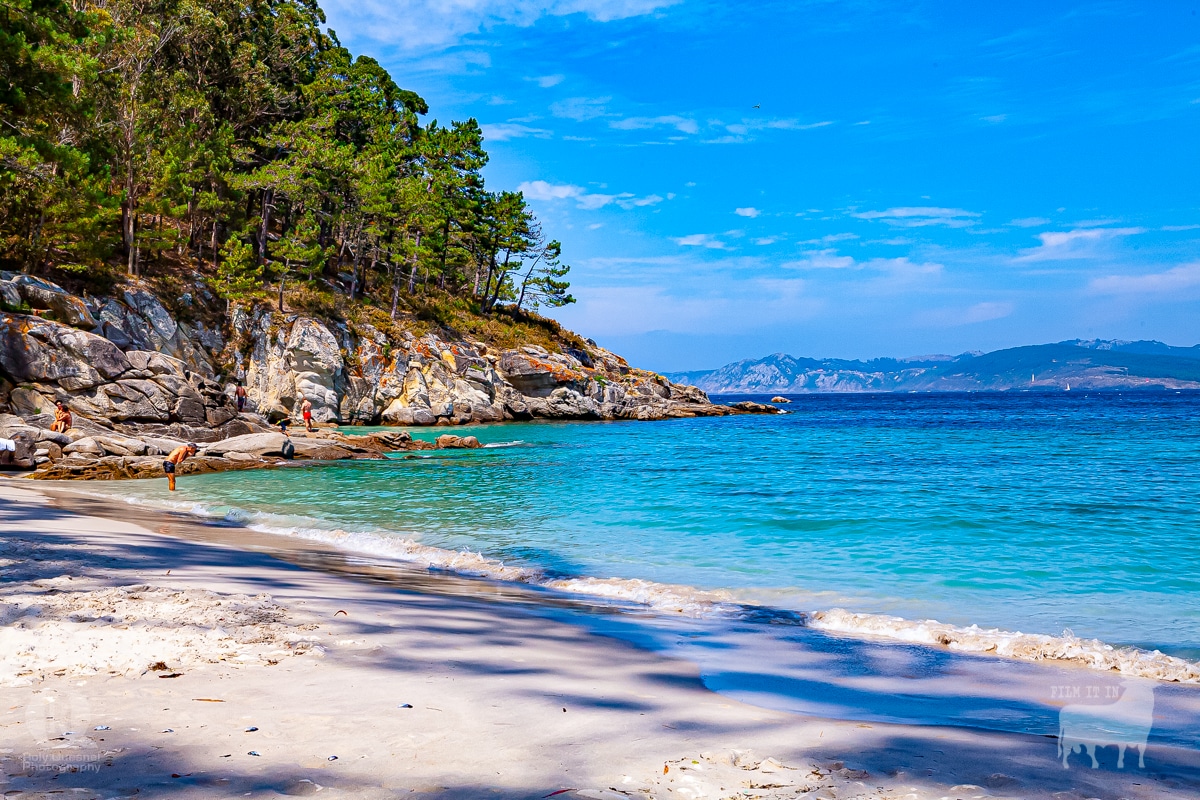 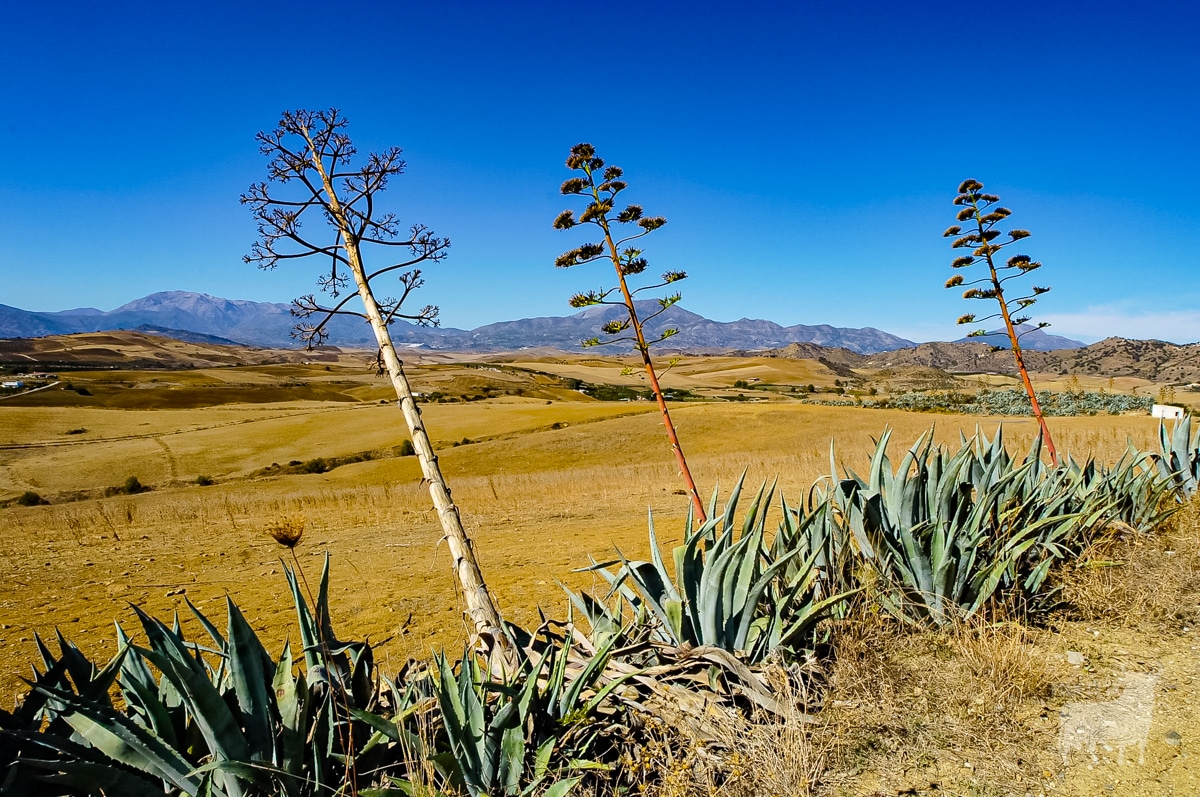 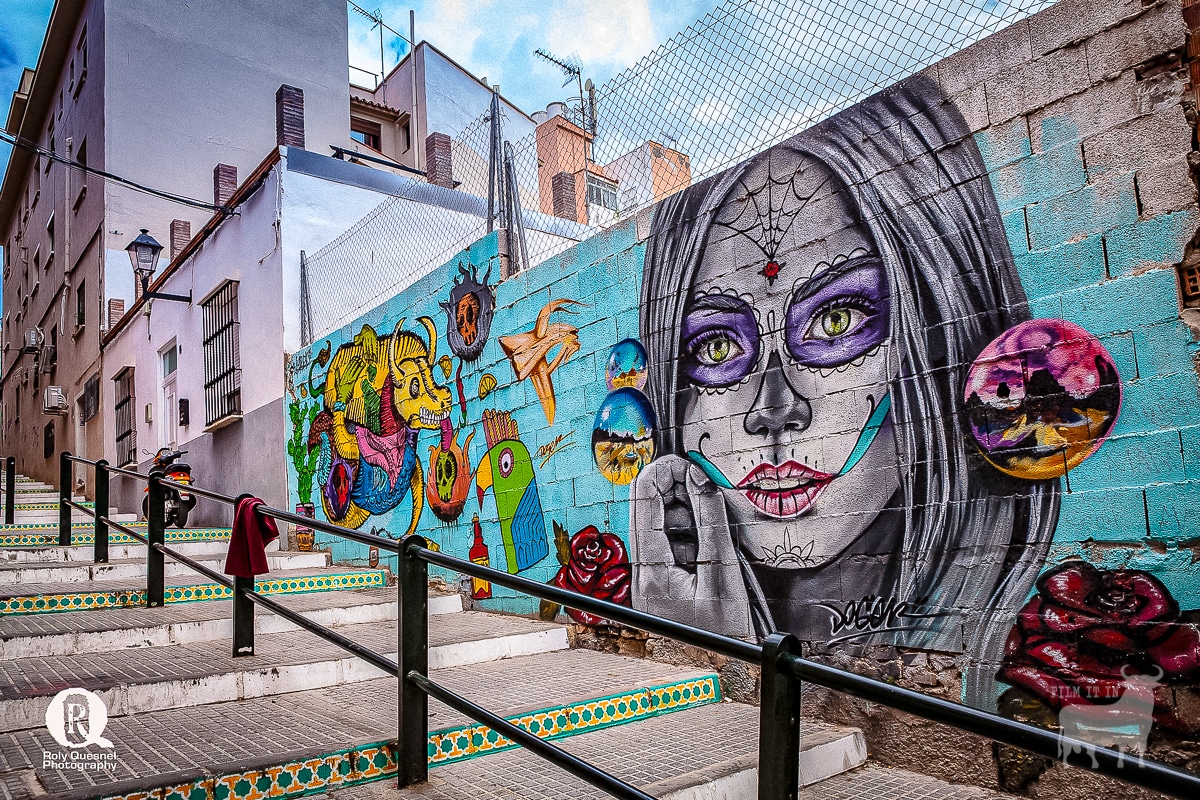 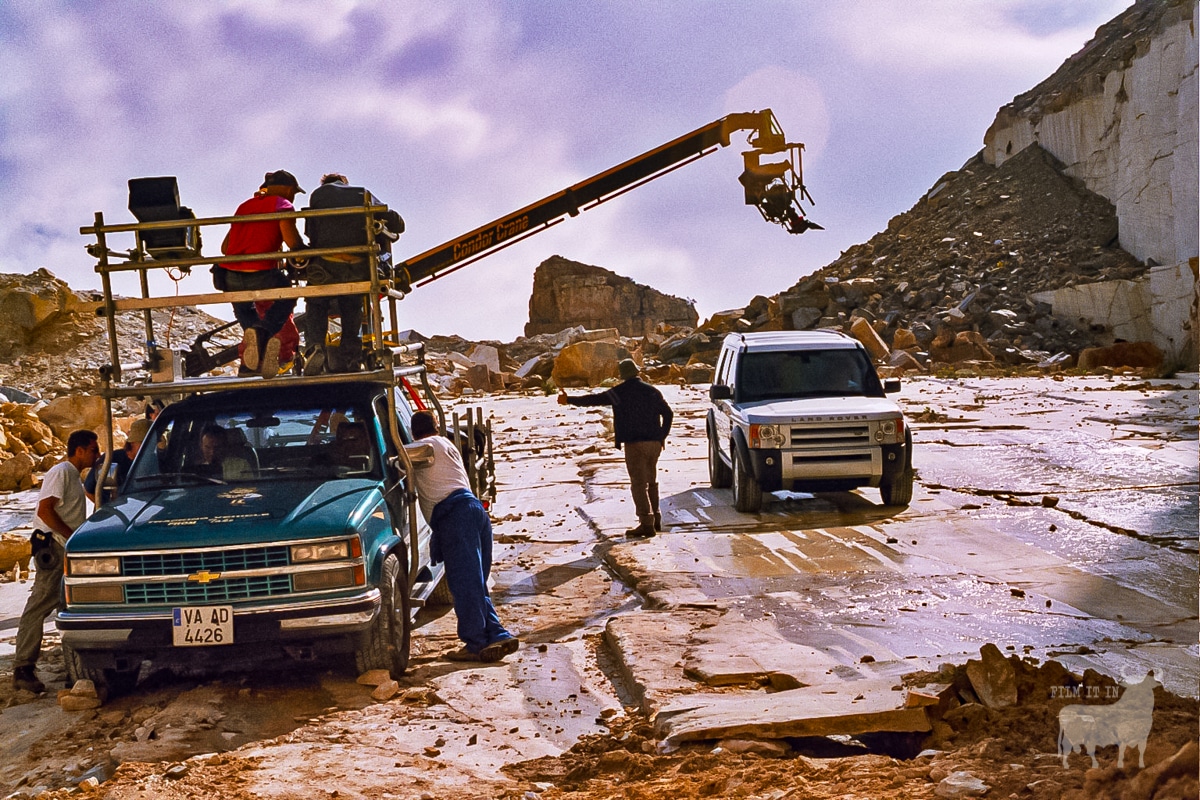 Some stuff we've done - a huge breadth of experience

Fixing it in Spain - a Personal Perspective

I initially embarked on the role of production fixer back in 2007. It was partly a necessary step, given how the economic contraction was already affecting Spain. I had moved to Malaga in 1999 to work with a leading production service company. At that time business was expanding exponentially, with a boom in budgets, the cheap peseta, and a great pool of experienced crew allowing Southern Spain to become the service capital of the world. It was a crash course in full scale production, as most things were still being shot on 35mm film, with immense crews and resources, even for pop videos. We didn’t know it at the time, but this way of doing things was in its death throes. Overseas competition, a world recession and the advent of digital media reduced the booming business of the south to rubble in a few short years.

The Internet, ever cheaper digital cameras, and the rapid increase in satellite channels completely changed the way commercial budgets had to work, and radically altered the economics of shooting. Simultaneously, smart operators on South Africa, Argentina, Poland and the Czech Republic sprang up to offer new locations, and crew rates that undercut mainstream European rates dramatically. TV production boomed with all manner of cheaper formats looking for more varied and economic production models. Advertising had to address multiple formats and multiple audiences. The result was rapid diversification, and atomisation of production budgets and models.

2020 looks dramatically different from the millennium, seen through the lens of a tiny 4K camera, whose quality and price were unthinkable even ten years ago. It has been a quiet and thorough revolution. By 2007, I was thoroughly frustrated in my efforts to land production jobs with the kind of budgets and margins we had enjoyed even five years earlier. It was evident that the whole concept of service was transmogrifying rapidly, with new players appearing all the time, undercutting each other in all manner of ways. The luxurious model of service we offered previously to London commercials companies was completely irrelevant and inflexible for the new forms of reality TV, digital content and stripped down corporate and music videos that were fast becoming the bulk of the market.

Having covered the roles of location scout, first assistant director, production manager and line producer on all sorts of projects, I figured I could carry that experience over into a one-man band and give smaller companies and budgets something more personalised, flexible and realistic. Working solo, with no office overheads, staff or equipment base to maintain, I decided to eschew the mark-ups that had become so difficult to justify in a recession strapped economy. Despite a wealth of experience, the demands that new television formats brought were still a surprise, and a challenge. Improvisation had hitherto not been a common strategy for productions, but ‘ob docs’ and reality shows thrived on it. Once the power of the brand and the demands of an equally status conscious agency were not involved, I found a wealth of interesting projects where content became the most important thing. Documentaries, travel shows, reports, viral events; the variety has been endless, working with a huge range of talents, nationalities, ages and contributors, some of them even celebrities. It has, gratifyingly, been possible to apply this ethic to smaller scale commercials production as well, due in large part to the ever lighter and more affordable digital cine cameras, and demand for economic production.

But the star of the show, whatever form of production or budget is implicated, is always Spain itself: its landscape, culture, heritage and its people. A variety and richness of possibilities unique in Europe. A bedrock of skilled technicians and time-served production staff. Affordable flights, and easy access to locations from myriad airports. For a while it looked like South Africa or Argentina might steal Spain’s crown, as the go to location, but not anymore. Spain is accessible, reliable and still competitive. International drama and cinema productions are once again filming our deserts, roads and ancient cities.

At Film it in Spain, experience is married to love of our adopted country. Whatever level of service you need, production fixing is our business. We look forward to seeing you.